A ride down Goodbye Road.

My wife and I don’t agree on music.

We agree on most things: The lawn should be mowed once a week, Christmas lights don’t go up until after Thanksgiving, snacks are essential when beer is present, and we know we can’t please everyone. We’re not avocados.

When it comes to tunes, we have our flags planted deeply on separate, but respectable islands. Johnnyswim is our bridge. Abner and Amanda (we’re all on a first name basis now) create a space where our tastes overlap. Like a Choco Taco. Throw some twang on their L.A. vibes and the indie folk lyrics play just as easily on country radio as they do on the Coffeehouse.

I wanted you to hear all that so you could grasp the monumental event that was Saturday night—an agreeable concert for both parties where Johnnyswim, Drew Holcomb, and Penny + Sparrow shared The Pageant stage.

What a nice back of the head you have.

You know the feeling you get when you realize you’ve selected the worst seat in the venue but now there’s nothing you can do about it because it’s standing room only and the opener just hit the first chord? I do.

I don’t need to rehash how I ended up there. It involved a cup of water, a 16oz. PBR, and an ill-placed coat check sign. That’s a story for another blog, but it concluded with my seat for the next three hours. Luckily, I was in good company.

From my perch on a back-row stool, the views were primarily the napes of two (I assumed) newlyweds seated 2 1/2 feet in front of me. They were adorable. Unaware of the challenges and joys ahead in their relationship or the fact that they were making a decidedly better door than window.

The bite-sized sections of the show I saw were great. They occurred when the new bride would rest her head on our groom’s shoulder or he would sneak a peck on the cheek. In those brief bursts of marital bliss, I would get my equally blissful hit of live music. And what a blessing it was. 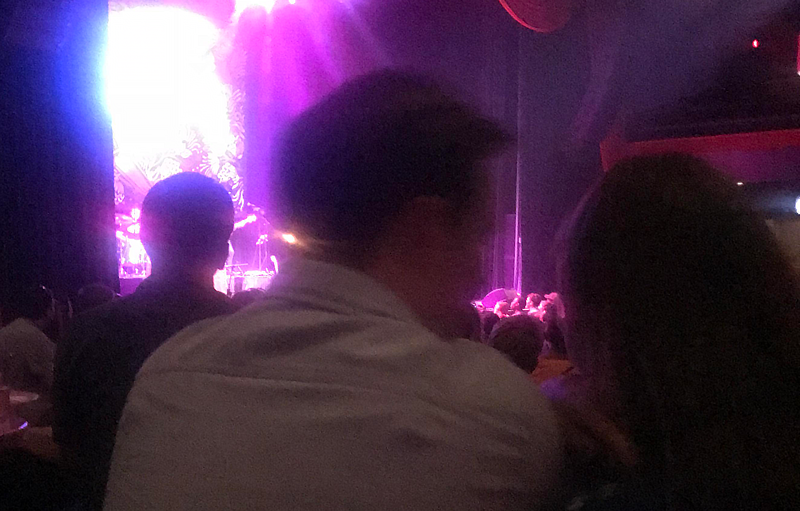 My view for the night.

Our family for the night.

You may have heard, we’re building a music festival in Cape Girardeau as I type. We learn from live shows and experiences we’re bringing home from across the country. Saturday night confirmed some thoughts and put a few things in new perspective. We know hearing about a concert from someone is like looking at another family’s vacation pics, but bear with us.

That was an admittedly long way to tell you our intent for The Shipyard: to create an unexpected experience that binds a group of friends and strangers—if only for the day—through the simple comforts of good music, good food, and community. A party with a purpose. And hopefully without someone’s dome blocking your view.

See you in September.

Previous Take control of your inbox. Get more Scout.
Next What I Learned from a Piece of Cake in a Foreign Country